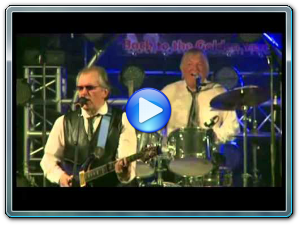 The tale began in the 60s when The Scorpions from Manchester, England had a number one hit in Holland with 'Hello Josephine' in 1965.
It stayed in the Radio Veronica charts for no less than 33 weeks!
More success followed with hits such as 'Ann Louise', 'Greensleeves' and 'Baby Baby Balla Balla'.
All three entered the Top Twenty.

During their heyday The Scorpions appeared with Golden Earrings on the 'Tiener Top Show' and their proudest moment was playing alongside The Everly Brothers and The Supremes on the ‘Grand Gala Du Disque’ show in 1965.

The song they will always be remembered for is undoubtedly ‘Hello Josephine’. It re-entered the charts and got into the Top Ten in 1977, after a Scorpions reunion appearance on a TV show called ‘The Day the Music Died’. This was followed two weeks later by an appearance on ‘Top Pop‘.

The renewed interest in the group resulted in another album in 1978 called ‘My Own Way to Rock’ on the Telstar label. The Scorpions were preparing to return to Holland in 1984 but tragically, lead-singer Peter Lewis died of cancer. The present line-up includes three members from 1965.
They are: lead singer and lead guitarist Graham Lee who played with the Scorpions during the 60s and 70s.
Graham has also played with Billy J. Kramer and Wayne Fontana but considers several great years with Hermans Hermits, led by Barry Whitwam, to be one of the highlights of his career.
Tom Unthank on drums and Roy Smithson on keyboards, both played during the 60s and 70s with the Scorpions on many TV shows, gigs and recordings.
Tom has been the resident drummer in a Manchester night-club for many years. He has also played drums for many top artists. \
As well as playing on keyboards, Roy has provided the high harmonies on most of the Scorpions recordings and gigs.
iccon Hubbard on bass guitar is a welcome addition to the band. He brings with him a wealth of experience and has played with Wayne Fontana, Billy J. Kramer and Dave Berry to mention a few.

Fans will be delighted to know that the Scorpions were making a new album that was released early 2011.